Bubblegum E-liquid by IVG Select captures the flavor of juicy bubblegum for a delicious and remarkable vaping experience that will bring back memories of childhood with every drag. This ejuice flavor was previously known as Bubblegum Millions and Bubblegum by IVG Sweets. It is one of their highest ranking ejuice flavors, and one that surely lives up to all of the hype around it.

If you have been vaping for a while then you most likely would also agree that IVG is a promising manufacturer in the vaping industry, one that has been around since 2016. At first, the brand began as a side investment project by the CEO and was only in the UK. Today, you can find their ejuices in over 60 countries.

They have a wide range of e juices which are all made in the UK, including IVG Menthol, IVG Classic, IVG Macarons, IVG Sweets, IVG Desserts, and IVG Tobacco, all of which your taste buds would be grateful to partake in.

If you are a fan of sweetness, get ready for an experience you may not be able to have enough of. Right from the moment you open the bottle, you already get the nostalgic feeling from childhood.

When you inhale this Bubblegum E-liquid, you are rewarded with a classic sugary candy bubblegum flavor with rich notes of banana and strawberry that would make you feel like you were actually chewing on the real deal. When you finally exhale, the sugary flavor is complemented by a subtle icy effect to create a refreshing and relaxing experience.

You not only get the bubblegum taste, but it also somehow feels like you have a mouth full of gum. You might just get attached to this ejuice flavor after your first drag.

The Bubblegum E-liquid contains 70% vegetable glycerin (VG) and 30% propylene glycol (PG). This ratio makes it most suitable for vaping with sub-ohm tanks, rebuildable tanks, and drippers. The high percentage of VG is the reason this ejuice is able to deliver thick clouds of vapor when you exhale. It may be a high percentage of VG, but you do not have to worry about it clogging your coils easily while you vape. The percentage of PG is responsible for the bold flavor delivery and the smooth hits.

This is a shortfill meaning that you get the opportunity to add your desired nicotine to create a more personalized vaping experience. It originally does not come with any trace of nicotine which is also perfect for vapers who prefer to enjoy their ejuice without a trace of nicotine.

It comes in a 60ml ejuice bottle with a childproof cap and tamper-evident seal. The bottle contains only 50ml of the Bubblegum E-liquid. There appears to be a small amount of space in the bottle that serves to create enough room for you to add your desired nicotine shot. For example, you can add 1 x 18mg nicotine shot to the 50ml of ejuice to give you an ejuice containing 3mg of nicotine. If you need more nicotine, you can as well add more of the nicotine shot to the mixture. Just make sure to thoroughly shake the bottle once you are done.

You can get the Bubblegum E-liquid by IVG Select for £11.99 on Vapegreen. They not only have some of the most affordable prices when compared to other vape stores, but they also have fast delivery as well as other incentives like free UK delivery and same working day dispatch.

IVG was not only able to perfectly deliver on the flavor but somehow managed to deliver on even the texture in this Bubblegum E-liquid making it outright beautiful and an ejuice that you would most likely be coming back to once you run out.

We're not around right now. But you can send us an email and we'll get back to you, asap. 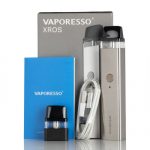